We use cookies and browser activity to improve your experience, personalize content and ads, and analyze how our sites are used. For more information on how we collect and use this information, please review our Privacy Policy. California consumers may exercise their CCPA rights here. 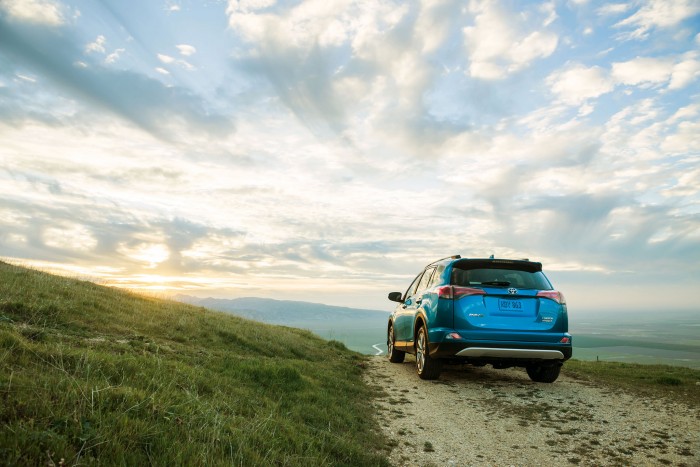 The Toyota RAV4 is one of the most popular compact SUVs on the market, with an image geared towards everyone from families looking for a comfortable and practical vehicle to a recreational vehicle appealing to adventurers of the great outdoors. One thing the RAV4 is not known for, however, is being a particularly muscular or performance-focused car — until now. A RAV4 performance model could be on the way according to some hints from Toyota.

After the company unveiled a TRD Pro variant of the Tacoma at the recent Chicago auto show, Toyota general manager Bill Fay hinted that we “might just find some of that TRD racing magic trickle down to a special production RAV4 model.” This comment followed the participation of an unofficial, modified rally version of the RAV4 in the Rally America competition, which was based on the standard model’s LE trim.

Of course, a RAV4 performance model is far from confirmed, and Fay neglected to comment on what such a model could possibly look like. However, he did mention that the official production version of the variant would likely take cues from the styling and powertrain of the Rally America model. However, with so much commentary on the idea, it’s a big possibility that we could see details on a green lit production version coming soon.